The best leaders often exhibit several skills that distinguish themselves from others in the workplace. For example, in an article for Forbes, Chaos Advantage team developer and former Navy Seal Jeff Boss cited five leadership competencies as essential for corporate environments, including clarity in decision making and the ability to model desired behaviors. Boss also added active listening skills to his list, stating that leaders can only improve when they remain open to feedback.

Professionals who work in the public and private sectors may want to consider honing their listening skills to become more effective leaders. An advanced degree, such as an online Master of Communication Management can help you build a firm foundation in listening and other communication and interpersonal skills.

Discover the following tips to better understand the role of listening in leadership development:

According to Deutschendorf, leaders can use empathy to better understand others during communication. He emphasized mindfulness as an essential skill to develop: Deutschendorf encouraged leaders to commit to the moment when other people speak and to avoid entertaining other thoughts. He also noted that leaders can pay attention to physical characteristics, such as tone of voice and body language, to fully understand someone else’s message.

When leaders struggle to pay attention, Deutschendorf recommended listening for key points as someone else speaks. Later, leaders can reiterate those points to show that they have paid attention and to connect with the speaker.

Focus More On Others In Conversations

Whether you are communicating digitally or in a face-to-face meeting, active listening skills can help you become a more effective, efficient leader. Business Communication Expert Jill Schiefelbein published an excerpt of her book, Dynamic Communication, in Entrepreneur magazine. According to Schiefelbein, many leaders fail to listen actively because they focus more heavily on themselves than on others.

Schiefelbein offered the following suggestions for improving listening skills by focusing on others:

some cases, leaders must facilitate active listening within team environments. For example, if you meet regularly with your team to discuss new initiatives or to brainstorm ideas, some team members may not feel as though they have been heard because other colleagues take more initiative. Leaders can use active listening to make sure that all team members have a voice in the conversation.

In an Entrepreneur article, contributor Larry Alton emphasized team morale as a critical focus area for leaders. For example, he advised leaders to carefully choose “tone and direction” while communicating with team members so that the conversation does not become unintentionally derailed. Alton also advised team leaders to speak concisely and to keep their messaging as focused as possible.

In a team environment, leaders may want to create a consistent way for every member to communicate, whether it happens during face-to-face meetings, through video conference, or on an instant messaging service. According to Alton, leaders can also use digital note-taking tools to keep their thoughts focused before and during meetings.

Listen To Team Members in a Digital Environment 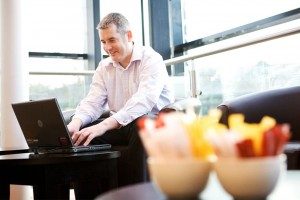 Listening does not always refer to an exclusively in-person exercise. Forbes contributor and consulting firm founder Chris Cancialosi stated that digital communication has become essential in any corporate environment. According to Cancialosi, many professionals communicate mostly through digital means because they manage remote teams or work from virtual offices.

While Cancialosi cited several benefits found in digital communication, he also conceded that virtual communication carries a few risks. For example, he cited “multigenerational workforce[s]” as a common obstacle. Younger generations often have more familiarity with digital tools, from communication platforms such as Slack to texting and video conferencing.

According to Goldman Sachs Asset Management’s Vincent Tiseo, leaders may become more active listeners if they concentrate more closely during communications. As an example, instead of conducting a Skype conversation with an employee while updating next month’s financial forecasts, leaders with excellent listening skills may devote their full attention to the conversation before moving on to the next item on the task list.

Tiseo also suggested that leaders might practice active listening during face-to-face conversations, and then try to apply what they’ve learned to digital communication. When conversing online, leaders can no longer rely on visual cues to help them converse with their audiences, so they may have to ask or use more clarifying questions to gain valuable insight.

No matter how long you have held a leadership position, finding new ways to expand your skill set can make you a more attractive candidate for future positions and roles. Advancing your education with an online Master of Communication Management can help you better understand and lead in the modern workplace environment.