What You Need to Know About Network Theory

What Is Network Theory? 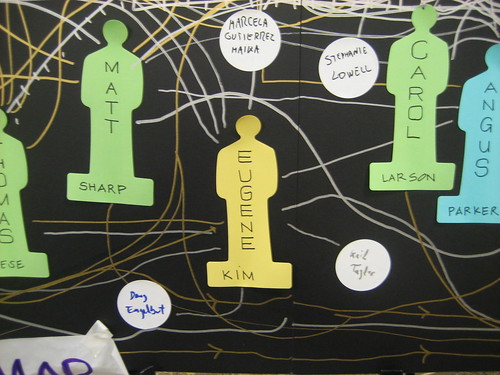 Image via Flickr by eekim
According to theoretical physician Markus Schirmer, network theory involves the study of the way elements in a network interact. “A simple way of understanding a network is by assuming that a set of objects are connected by some sort of link,” he explains. “The set of objects may represent, for example, human beings, products, ingredients, diseases, or brain regions, whereas the links are relationships or structural connections.”

Nodes, elements in a network, interact with one another, an interaction impacted by binding connections called edges, he explains. These nodes can be connected by strong edges, such as with people who are intimate friends, or by weak edges, such as friends of friends.

When discussing people in a network, Schirmer says that nodes can also view their edges differently. For example, one person may feel that someone he or she is seeing socially is a close friend. The other party, however, may not believe the relationship is very close. For this reason, charting the connection’s direction, known as the path, as well as its weight is useful in network theory.

Since the nodes in a network can involve many aspects, Schirmer says that network theory has found applications in many areas, including communications.

As Michael Gines Munsayac explains in his paper “Organizational Communication Theories Under the Cybernetic Tradition,” network theory allows us to observe clusters of communication relationships created by the objects communicating within a network. These clusters link together to form organizational networks. Munsayac differentiates between the formal network, created by people within an organization required to communicate with one another in a professional capacity, and emergent networks, those built by more informal communication, such as chatting around a water cooler or sending emails.
According to Munsayac, advances in online communication have increased our ability to link with others and grow our networks.

Importance of Network Theory for Managers

Network theory is generally a part of Master of Communication Management degree coursework because this theory can help managers understand the way their departments and organizations function, since both these groups are social networks. According to Mason Carpenter, Talya Bauer, and Berrin Erdogan, the performance of any social network, including a workplace, depends on three principles: reciprocity, the degree with which people do similar tasks for one another; exchange, the degree with which people perform different tasks for one another; and similarity, the degree of similarity between the nodes of the group.

Carpenter et al say that managers will find their network works best when balance occurs among all three principles. For example, while similarities help people connect, people who are too similar may not have new ideas or resources to give to the group.
Network theory is one of the topics covered in coursework connected to a Master of Communication Management degree that will help managers of all levels understand the way their employees interact and use this information to help their teams meet and exceed workplace goals.