4 Great Communicators and What They’ve Taught Us

Communication—or a lack thereof—can make the difference between success and failure. Effective communication can inspire others to action, make a process go smoothly, and plant the seeds for new ways of thinking. If you have a knack for communication, you can further polish your skills by taking a look at these four examples of some of the best communicators the world has seen. 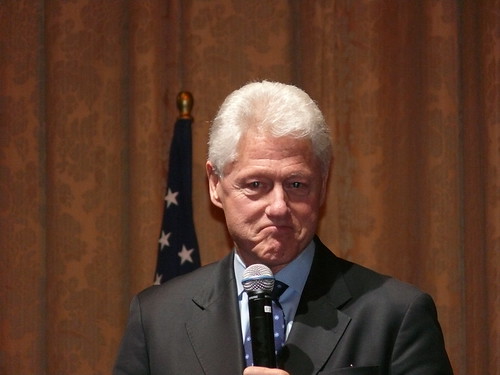 You can make fun of former president Bill Clinton’s southern drawl all you want, but you can’t deny his ability to get a point across. One expert on leadership, Nick Morgan, who was interviewed by the Public Affairs Council, recalls an example that showcases Clinton’s ability. Morgan says, “when he spoke, the room came alive. The energy was tremendous. But when Hillary spoke…all the energy left the room.”

What makes him so effective? Morgan points out that Clinton forges an emotional connection with his audience through nonverbal communications, and he doesn’t distract them with overly rehearsed gestures or gimmicks.

Winston Churchill is one of the most oft-quoted leaders of the 20th century. During a dark stage in history, he gave people hope and helped them be resilient and strong. Some of his most memorable phrases include, “Success is not final, failure is not fatal: it is the courage to continue that counts” and “Attitude is a little thing that makes a big difference.”

What do you notice about these quotes? They are short and to the point. Churchill understood that people are more likely to remember a short but powerful message than a lengthy but lame one.

Who hasn’t heard and been touched by King’s “I have a dream” speech? The message is a beautiful one, but so was the way he delivered it. He delivered it with passion and anaphoras. An anaphora involves repeating the same phrase at the beginning of different sentences. In the famous speech, King said “I have a dream” eight times, and he repeated other phrases as well.

Repetition, done tastefully and in the right places, reinforces the point and solidifies it into the minds of listeners.

Even if you are the sort who thinks that Oprah Winfrey is a tad on the annoying side, you’ve got to admit that she does have a good handle on the whole communication thing. Winfrey understands that listening is as important—if not more important—than speaking when it comes to communicating. She speaks out about issues that are on the minds’ of the people in her audience, and she does so honestly. People trust her because she comes off as genuinely interested in others.

Developing empathy and learning to put the focus on other people can help make anyone a better communicator.

Good communication skills are a tool that can open up a vast range of careers. By studying communication and examining the good example set by other master communicators, you can successfully get your point across whether you are talking to your family, conducting a board meeting, or running for President.